The Child Maintenance Service is supposed to be encouraging private arrangements and are only supposed to be getting involved when arrangements cannot be agreed between both parents. What they are doing in reality is forcing people to use their inept services and also forcing people who are on Direct Pay on to Collect and Pay. They are doing this by creating arrears so they can use enforcement, there are people who have never missed any payments and have paid the exact amount which was instructed yet they are being forced on to Collect and Pay. The Government are aware that this unnacceptable conduct is happening but are turning a blind eye.

Go to 07:40 to hear the content regarding the CMS staff pushing people to go onto Collect and Pay when they are on Direct Pay and happy with being on Direct Pay.

"Two separate constituents have intimated that the CMS has tried to push the collect and pay method when both parents have been happy with direct pay. Are advisers being instructed to do that so that the Department can make money from collection fees?"

The dishonesty and fraud of the CSA/CMS is eye watering and the violations of the Equality Act 2010 and Human Rights are beyond disgusting! Parliament and the Government are not holding these people to account for serious wrongdoing. It would seem the Child Support Agency/Child Maintenance Service seem to be unaccountable to anyone.

I am quite sure that viewers will find the footage disturbing and shocking how the Child Support Agency/Child Maintenance Service can create such huge amounts of debt out of no where and proceed with such excessive and aggresive enforcement to collect a debt that does not exist to begin with.

In the next video you will see that the house had to be returned and in 2019 £58,000 was written off, the remaining £6,700 is in dispute it is still excessivley inaccurate. The damages and loss to Bambos and his mother has never been addressed by the Child Support Agency/Child Maintenance Service and Bambos is finding it difficult to get any legal representation as no public law firm will take on a case against the CSA/CMS even though it is clear that thay have acted illegally and have misconducted themsleves in a public office which is a criminal offence.

Once again the dishonesty and abuses of power by the Child Maintenance Service is exposed. The Child Maintenance Service raided a bank account and stole over £19,000 even though it had been proven the money was not owed. This is a massive problem as the CMS has been given powers to raid bank accounts without Court Orders and there is nothing the banks can do. It is the same with a Detachment of Earnings Order the employer is powerless and must comply and honour the DEO even though the arrears are in dispute. The system is open to abuse by the CSA/CMS.
It is not surprising that people are driven to suicide as they have no where to turn to and are powerless against the Child Support Agency/Child Maintenance Service our elected representatives do not seem to care about the harm the CSA/CMS are causing to members of the public and children. They are most certainly not acting in the best interests of the children.

The Child Maintenance Service is responsible for over 1000 suicides per year the Secretary of State for Work and Pensions Therese Coffey has ignored these findings a letter/email was sent to her in December 2020 of which she has failed to respond. You can read the letter here! Arlene Sugden and Baroness Stedman-Scott were also informed of the suicides caused by their department, again still no response! See letter to Arlene Sugden, Therese Coffey and Baroness Stedman-Scott

Excess Parental Deaths and The Child Maintenance Service
Are Parents in Financial Despair Being Driven to Suicide?

We have had to use social media to get Gavin's story out as it is clear that there is some sort of media blackout no journalists will go anywhere near Gavin's story and it is clear that Gavin was forced to suicide because of the wrongful actions of the Child Maintenance Service. They left Gavin with only £150 for the month to live on. This is a breach of Article 25 of the Universal Declaration of Human Rights, why is the Government allowing this to happen? The UK Government like to portray themselves to be the beacon of morality and champions of human rights and are the first to chastise other countries about human rights abuses yet they abuse their own citizens and use phycological warfare against them as well as blocking access to justice and refuse to give proper redress when they have caused damage by wrongdoing.

Gavin Briggs took his own life in early July 2020 due to the Child Maintenance Service giving him over £15,000 of fictitious arrears and assessed him on inflated income of over £26,000 this is happening a lot. You can read Gavin's story at WWW.JUSTICE4GAVINBRIGGS.COM 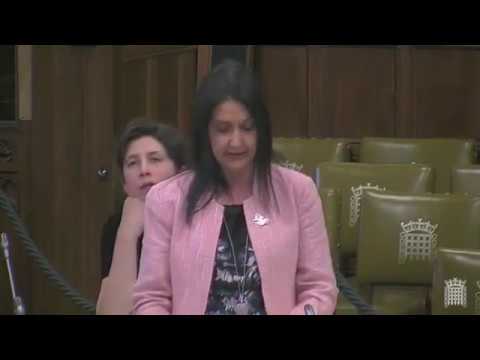